OKLAHOMA CITY – Crowe & Dunlevy is celebrating the 120th anniversary of the firm.

The firm is currently named for Vincil P. Crowe and Fred W. Dunlevy, who joined in 1929 and 1937, respectively, both instrumental in transforming the firm into a leading law firm in Oklahoma, and a strong supporter of the local community. The firm now has offices in Oklahoma City, Tulsa, Dallas and Houston.

During its history, members of the firm have served as judges of the United States Circuit Court of Appeals for the Tenth Circuit and the United States District Court for the Western District of Oklahoma, as well as federal magistrates and state court judges. Two members of the firm have served as President of the American Bar Association and the firm has provided several presidents of the Oklahoma Bar Association and county bar associations.

The theme for the firm’s celebration is “Upon Whose Shoulders We Stand – Reflecting on 120 Years of Legal Excellence.”

In recognition of the firm’s clients and more than a century’s support from Oklahoma communities, Crowe & Dunlevy and its attorneys and staff will contribute their time and money to charity, diversity, pro bono and community events over the next twelve months.

The firm has a long history of civic and nonprofit involvement. Since just 2018, Crowe & Dunlevy and its attorneys and staff have donated more than $3.78 million in civic and charitable contributions, and pro bono legal services to causes and organizations that support the communities in which they live and work.

The Crowe & Dunlevy Foundation provides financial support to a wide variety of deserving charitable and nonprofit organizations. To date, more than 500 arts, education, social services, health care and civic organizations have benefited from the foundation’s giving.

Recognizing the strength that women, minority and LGBTQ lawyers add to the fabric of the firm, the firm is committed to fostering an inclusive environment that focuses on the recruiting, retention and professional development of attorneys, regardless of gender, race or sexual orientation. It also seeks to retain and advance the careers of women and minority lawyers within the firm. As part of its diversity efforts, the firm created the Crowe & Dunlevy Diversity Scholars Program, which has awarded more than $400,000 in financial assistance to law students at the University of Oklahoma College of Law, the University of Tulsa College of Law and Oklahoma City University School of Law. 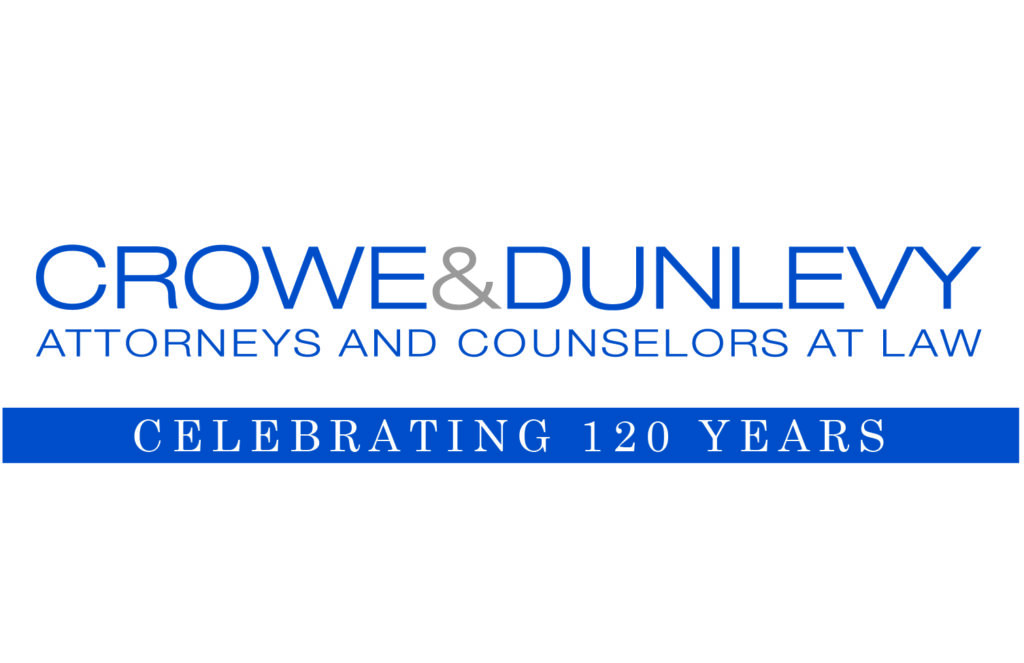