In Memory of Joe E. Edwards 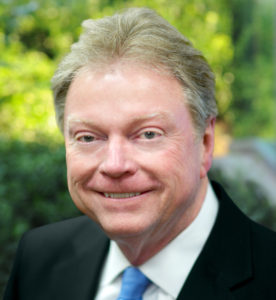 Joe E. Edwards passed away peacefully in the night at his home on Friday, September 24, 2021. He was an accomplished attorney in several areas of law, including banking, energy, international, litigation, white collar crime, real estate and securities litigation. In addition to his law practice, Joe was most proud to be Charlotte’s husband for the past 25 years. They met in 1996 and married June 6, 1997. They spent the remainder of his years as inseparable best friends, traveling, loving history and art, entertaining and enjoying the company of family and friends. They truly cherished each other.

Joe demonstrated the highest level of integrity and loyalty in every aspect of his professional and personal life. He was an extremely loving and caring man who enjoyed bringing joy and laughter to others with his witty sense of humor and storytelling. Traveling with Joe was always a history lesson, regardless of the location. He and Charlotte were fortunate to have the opportunity to travel the world to many historic locations with fellow friends while also making new ones along the way over the years.

Joe was immensely proud of his sons, Allen and Ryan, and the men they became. Allen and daughter-in-law Alexis reside in London with granddaughters Sloan and Piper. Ryan and daughter-in-law Erin reside in Poulsbo, Washington with daughters Sydney and Kiera. The families were fortunate and grateful that they were all together at Joe and Charlotte’s home in Edmond just a few short weeks ago. Joe’s legacy will live on through his children and grandchildren.

Joe often became involved in large and complex cases representing some of Oklahoma’s largest banks and other institutions. He represented clients before the US Supreme Court, several US Circuit Courts, the Oklahoma Supreme Court and numerous other federal and state courts.

Joe’s leadership skills were evident throughout his life, including serving as national president of Future Business Leaders of America as a high school student in 1967. He was a graduate and Lifetime Member of Leadership Oklahoma Class IX, an active member of the Economic Club of Oklahoma, Men’s Dinner Club, and Rotary Club 29 in downtown Oklahoma City. Joe was a Journal Record Leadership in Law nominee in 2012. He served as Crowe b Dunlevy’s representative with Lex Mundi, the premiere association of member global top-tier law firms in their jurisdictions representing a broad range of domestic and global clients. Through Lex Mundi he developed and fostered close friendships the world over.

Joe was born January 10, 1949 in Tulsa to Earl and Kathleen Edwards. He has one sister, Kathleen Kerbo, who resides in Houston with her husband Rick, who have two children, son Christopher and daughter Michele. Joe’s family relocated to San Diego, California during his elementary school years, then Miami, Florida for his middle school years for Earl’s career with American Airlines. The family then relocated to Oklahoma City, when his father was Air Worthiness Advisor to Asia. Joe graduated from US Grant High School in 1967. He earned his bachelor’s degree from the University of Oklahoma in 1972 followed by a master’s degree in Economics.